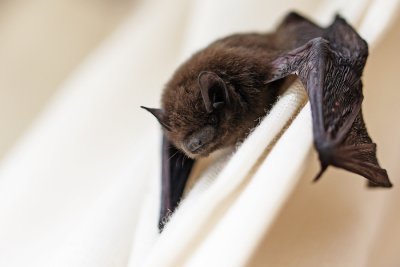 Bats are wild animals and should always be treated as such. When a bat needs to be removed from an attic or commercial building, call animal control first. If not handled properly, bats and other wildlife near Columbia can spread harmful diseases like rabies and histoplasmosis. Continue reading to see which diseases bats might spread to humans.

Rabies is a dangerous viral infection that is often transmitted through animal bites. Feral cats and dogs, raccoons, skunks, and bats have all been found to carry rabies. Though it is more common to find other wildlife carrying rabies, bats have been known to carry and spread the infection. The rabies virus attacks the brain and nervous system, which often makes the victim act and move erratically. Without quick treatment, rabies can kill its victims. If a bat is spotted on the ground or unable to fly, call animal control for wildlife removal. Bats should never be handled without a gloved professional.

Histoplasmosis is a respiratory illness that is caused by a fungus known as Histoplasma capsulatum. It is often found in bird droppings and bat guano, and it is dispersed through the wind. Histoplasmosis does not require treatment in all infected humans, and many may only experience mild, flu-like symptoms. If not treated, however, some humans can develop serious symptoms and may die. Since histoplasmosis is spread through bird droppings and bat guano, people should wear respiratory protection when cleaning droppings. Consider calling pest control services for cleanup, especially if bats or wild birds must be removed.

White-nose syndrome, also known as WNS, has been discovered in bats across the eastern United States. It is a white fungus that collects around bats’ muzzles and has led to the deaths of millions of bats. Bats infected with WNS often use up their winter fat reserves, causing them to starve and die. It is unknown if WNS may be harmful to humans, but it may become an epidemic amongst bat populations and other wildlife if it is not contained.

Nightmares typically happen when you’re sleeping, but a bed bug infestation in your bed is a waking nightmare! The very thought of these pests…

While squirrels, raccoons, and other forms of wildlife are important parts of the natural ecosystem, these familiar creatures are unwelcome…