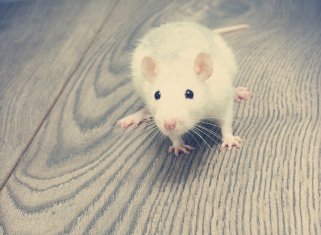 Outside of causing an inconvenience, rats, mice, and other rodents can also cause serious health issues if they are able to infest your home. You should contact a pest control company immediately if you detect any rodents. An exterminator will come to your home and either set traps or poison to get rid of the rodents once and for all. Here are just a few of the health risks that you will encounter if you fail to have an exterminator serving Columbia deal with your rodent infestation.

While hantavirus is rare, anyone who is exposed to certain types of rodents can catch it. It is transmitted through exposure to rodent urine, fecal matter, or saliva, and it can be life-threatening if it isn’t diagnosed quickly. Some of the symptoms of hantavirus include abdominal pains, headaches, and dizziness and those who are suffering from it may also experience extreme fatigue, fever, and more.

The Bubonic Plague—also called the “Black Death”—was responsible for wiping out about one-third of the people living in Europe during the Middle Ages, and it can still impact people today. It is transmitted through fleas that have lived on rodents, and as its name would suggest, it can cause death if it isn’t treated right away. If you are suffering from the Bubonic Plague, you will likely have a high fever, a severe headache, and very painful lymph nodes. As recently as 2012, a young girl who was camping in Colorado was found to have contracted the illness.

Most people catch Salmonella by eating undercooked food that is contaminated by it, but you can also catch it as a result of rodents. Many rats and mice will eat food contaminated with it and then pass it on to humans through their feces. Those who contract it will often suffer from diarrhea, abdominal cramping, and a high fever.

To prevent these illnesses from impacting you or your family, you should seek out a rodent control company to get rid of any unwanted visitors in your home.

Bats are wild animals and should always be treated as such. When a bat needs to be removed from an attic or commercial building, call animal…

Bed bugs in Columbia and around the world have become a significant problem in recent years. Bed bugs can be found everywhere, including…